Share a memory
Obituary & Services
Tribute Wall
Read more about the life story of Christina and share your memory.

Wayne, Ohio - Christina Lynn Belz, age 51, lost her battle with cancer on Saturday, December 31, 2022. She was born March 15, 1971, in Ashtabula, Ohio, the daughter of Mary Elizabeth (Martin) and Roy G. Ray. Christina was a 1989 Edgewood high school graduate as well as a graduate of Knoedler School of Practical Nursing. She worked as LPN, working for Eagle Pointe Skilled Nursing in Orwell, Lake Pointe Rehabilitation in Conneaut, Ohio, and Carington Park of Ashtabula, later working as a home healthcare nurse. On November 6, 2004, she married William Belz. Christine attended the Pentecostal Church of God of Ashtabula, Ohio, and was a member of the daughters of the American Revolution. She spent time with her grandkids,  love to make diamond paintings, going fishing, playing bingo, and returning to her home in West Virginia.
Christine is preceded in death by her husband, William of 17 years; her son, Derek Neal Griffith; and her sister Kelly Jo Ray. Survivors include her four sons Donald E. (Kelsie) Griffith, III of Conneaut, Ohio; Dustin Michael Douglas Griffith, Robert Belz, and Alex (Robin) Belz all of Wayne, Ohio, four grandchildren, Isabella, Alexia, Derek, and Benjamin; her mom, Mary E. (Ed) Copeland of Conneaut, Ohio; her dad, Roy G. Ray of Gandeeville, West Virginia; mother-in-law, Ruth, Montgomery of Wayne, Ohio; four brothers, Thomas Copeland of Jefferson, Ohio, Edward (Shannon) Copeland and Timothy Copeland both of Ashtabula, Ohio, and  Dave M. Ray of Conneaut, Ohio; and many nieces and nephews.
A memorial service will be held on Thursday, January 5, 2023, at 12:00 noon at the Pentecostal Church of God, 2201 Cook Rd., Ashtabula, OH 44004. A private burial will take place later in Hayes Cemetery. Calling hours will be on Thursday from 11 AM until the time of services.
Memorial contributions will be made to the American Cancer Society. Baumgardner Funeral & Cremation Service of Andover handled the arrangements. Share a fond memory or condolence at www.baumgardnerfuneralhome.com.

To send flowers to the family or plant a tree in memory of Christina Lynn (Ray) Belz, please visit our floral store. 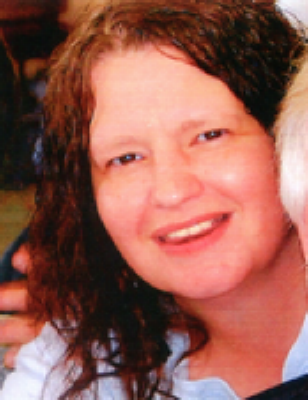