Share a memory
Obituary & Services
Tribute Wall
Read more about the life story of Lawrence and share your memory.

Kinsman, Ohio - Lawrence Stuart Crawford, Jr. age 72, died Sunday, January 1, 2023, at Trumbull Hospital in Warren, Ohio. He was born on June 16, 1950, in Sharon, Pennsylvania, the son of Jean May Tueche and Lawrence Stuart Crawford, Sr.
Larry was a 1968 graduate of Hubbard High School and served in the United States Air Force. On June 20, 1970, he married Marge Ramsey.  He worked for Packard Electric for over thirty-five years, retiring in 2003.
Larry was a member of the Cortland Grand Lodge of F. & A.M. No. 529 and a 32-degree Scottish Rite. He loved to golf and in the summer you would find him on the course at Bronzwood. He golfed most often with his family and friends but was also a part of a traveling league that played twice a week. Larry enjoyed taking rides and going out for a good meal.
He is preceded in death by his parents; and a daughter, Jennifer L. Crawford. Survivors include his wife of fifty-two years, Marge Crawford; his son, Rodney L. (Donna) Crawford of Vienna, Ohio; grandson, Alex (Emily) Crawford of Champion, Ohio; three great-grandchildren, Bentley, Parker, Penelope; three sisters, Gail (Don) Tepicone of Northville, Michigan, Sandie Yannucci of Warren, Ohio, Jean Fulford of West Middlesex, Pennsylvania; his brother, Jeffrey (Tracy) Crawford of McDonald, Ohio; many nieces and nephews, especially Barb Radford who donated her kidney so Larry could live another nineteen years.
A funeral service will be held on Friday, January 6, 2023, at 11:00 AM at Baumgardner Funeral & Cremation Service, 8569 Main Street, Kinsman, Ohio. Burial will follow in Hillcrest Memorial Park of Hermitage, Pennsylvania. Calling hours will be on Thursday, January 5th from 5:00 PM until 7:00 PM at the funeral home, with Masonic Services at 6:45 PM. Memorial donations may be made to the National Kidney Foundation at www.kidney.org or to the Juvenile Diabetes Foundation at www.jdrf.org. Share a fond memory or condolence at www.baumgardnerfuneralhome.com

To send flowers to the family or plant a tree in memory of Lawrence Stuart Crawford, Jr., please visit our floral store. 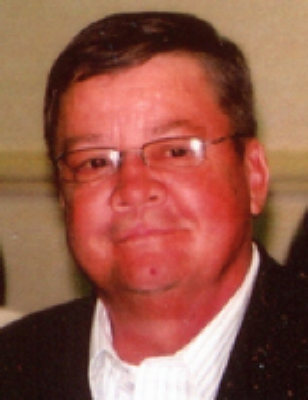