Share a memory
Obituary & Services
Tribute Wall
Read more about the life story of Mark and share your memory.

Farmdale, Ohio - Mark Steven Addicott, age 62, died on Monday, January 23, 2023, at St. Joseph Hospital. He was born on April 26, 1960, in Greenville, Pennsylvania, the son of Pauline Mae (Mullen) and Dale Robert Addicott, Sr. Mark was a 1980 graduate of Joseph Badger High School.
He worked on a drill rig for Halliburton formerly of Mecca, Ohio, for over twenty years, until they moved to Texas. Mark then drove truck for LJ. Kennedy formerly of Masury. He was a member of the Cortland Moose, and spend time at Pooch’s in Mecca with his close friends Paulette and Bruce Durst, playing pool, horseshoes, and darts. He served as commissioner for the Horseshoe league.
Mark is preceded in death by his parents; and his brother, Dale R. Addicott, Jr. Survivors include his daughter, Jennifer R. (Kent Logan) Addicott of Kinsman, Ohio; his son, Josh M. (Cynthia) Addicott of Warren, Ohio; Step-daughter, Jessica M. (Chad) Popa of New Brighton, Pennsylvania; six grandchildren, Ryan, Reanna, Gabbi, Elizabeth, Jeremiah, Garrett; four sisters, Paula Waybright of Ashtabula, Ohio, Chris (Rick) Sears of Center Conway, New Hampshire, Caroline (Troy) Giering of Vernon, Ohio, and Rebecca Williams of Bristol, Ohio; two brothers, Jody Addicott of Greene, Ohio, and Jeff Addicott of Cortland, Ohio, and many nieces and nephews.
A memorial service will be held on Friday, January 27, 2023, at 1:00 PM at the Gustavus Federated Church, 8850 State Route 193, Gustavus, Ohio. Calling hours will be held on Friday at the church from 11:00 AM until the time of the service. Memorial contributions may be made to the church, PO Box 5, Farmdale, OH 44417. Baumgardner Funeral & Cremation Service of Kinsman handled the arrangements. Share a fond memory or condolence at www.baumgardnerfuneralhome.com.

To send flowers to the family or plant a tree in memory of Mark Steven Addicott, please visit our floral store. 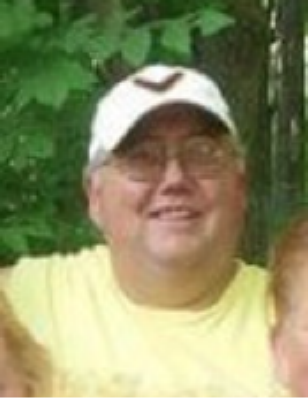