Share a memory
Obituary & Services
Tribute Wall
Read more about the life story of Richard and share your memory.

Kinsman, Ohio - Richard Montrose Leonhard, age 85, went home to be with the Lord on Monday, December 26, 2022. He was born on February 8, 1937, in Mercer, Pennsylvania, the son of Florence (Bliss) and Edward Leonhard. Rick was a 1955 graduate of Mercer High School and earned his bachelor's degree in Business and Marketing from Youngstown State University. He served in the United States Air Force with the 804th Air Police Squadron for two years. On February 3, 1961, he married Phyllis Jean Pelles. In his younger years, Rick worked as a truck driver and worked on an oil rig. When he finished serving his country, Rick began working for Packard Electric of Warren, working for over forty years, and retired in 1997. He attended the former Corinth Church of Kinsman, the Believers Church of Warren, and Bethel Life Church of Greenville, Pennsylvania. Rich enjoyed golfing, especially with his Tuesday Night League at Bronzwood Golf Course of Kinsman. He liked to fish and was an avid Pittsburgh Steelers and Pirates fan.
Rick is preceded in death by his parents; his wife of forty-seven years, Phyllis Leonhard; his son, Richard M. Leonhard, II; a grandson, Alex Leonhard; four sisters, Doris Cooper, Louise Lahti, Patricia Meszaros, and Jane Barnett; and two brothers, Raymond Leonhard, and Edward Leonhard. Survivors include his three children, Gregory B. (Rose) Leonhard of Kinsman, Ohio, Jeffrey S. "Huff" (Kelly) Leonhard of Loogootee, Indiana, and daughter, Lisa D. (Matthew) Masto of Ponte Vedra Beach, Florida; eight grandchildren, Trina, Lisa, Erika, Tiffany, Stephen, Kylie, Dominic, and Jacob; and four great-grandchildren, Albie, Willow, Jonas, and Henry.
A funeral service will be held on Tuesday, January 3, 2023, at 12:00 PM at Baumgardner Funeral & Cremation Service, 8569 Main Street, Kinsman, Ohio. Burial will follow in Kinsman Cemetery. Calling hours will be held on Monday, January 2nd from 6:00 PM until 8:00 PM, and on Tuesday from 11:00 AM until the time of services. Memorial contributions may be made to the Warren Family Mission, 155 Tod Avenue NW, Warren, OH 44485. Share a fond memory or condolence at www.baumgardnerfuneralhome.com

To send flowers to the family or plant a tree in memory of Richard M. Leonhard, please visit our floral store. 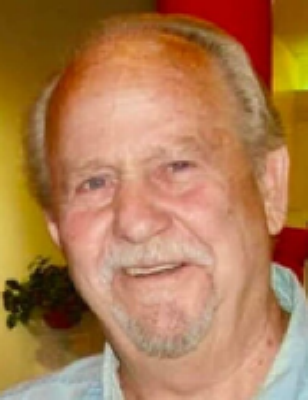