Share a memory
Obituary & Services
Tribute Wall
Read more about the life story of Walter and share your memory.

Wayne, Ohio - Walter Gruskiewicz, age 96, died at his home surrounded by his family on Wednesday, January 11, 2023. He was born at home on July 16, 1926, in Wayne, Ohio, the son of Mary (Pocierko) and Thomas Gruszkiewicz. Walter was a 1944 graduate of Wayne High School. He served in the United States Army during World War II in Germany with M Company, 3rd Infantry. On January 8, 1947, he married Betty Mae Sutton from Kinsman. A lifetime dairy and crop farmer, Walter was also a car salesman for the former Tauch Motors of Kinsman, and he drove school bus for Pymatuning Valley Schools for over thirty-one years, retiring in 1979. Walter and Betty visited every state except for Hawaii and enjoyed traveling. He loved to mow lawns and help out neighbors, continuing to mow lawns through this past Fall.
Walter is preceded in death by his parents; his wife of seventy-three years, Betty Mae Gruskiewicz; his son Arthur Gruskiewicz; an infant daughter; two sisters, Esther Eitel, and Helen Rudolph; and three brothers, Michael and Andrew Gruskiewich, and Joseph Gruszkiewicz. Survivors include his three sons, Ron Gruskiewicz of Williamsfield, Ohio, Steven (Sherry) Gruskiewicz of Orwell, Ohio, and Michael Gruskiewicz of New Lyme, Ohio; his daughter, Jacalyn (Timothy) Kume of Andover, Ohio; 18 grandchildren; and numerous great-grandchildren.
Private burial will be held in Hayes cemetery where Walter recently contributed a chapel in memory of Betty. Share a fond memory or condolence at www.baumgardnerfuneralhome.com

To send flowers to the family or plant a tree in memory of Walter Gruskiewicz, please visit our floral store. 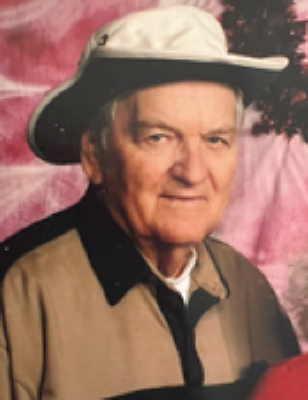 Family and friends are coming together online to create a special keepsake. Every memory left on the online obituary will be automatically included in the book.

You can still show your support by sending flowers directly to the family, or by planting a memorial tree in the memory of Walter Gruskiewicz
SHARE OBITUARY
© 2023 Baumgardner Funeral & Cremation Service. All Rights Reserved. Funeral Home website by CFS & TA | Terms of Use | Privacy Policy | Accessibility